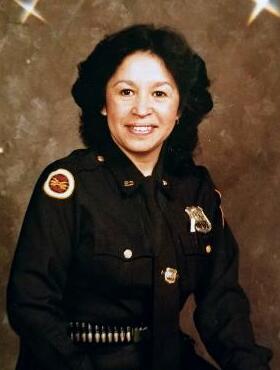 Mercedes Ribot Ortiz, 80, of Stratford, passed away peacefully on January 19, 2023 in Bridgeport Hospital. Mercedes was a gentle and caring soul who loved her family. She was a devoted mother, daughter, grandmother, sister, and aunt. She loved her garden, which she filled every year with beautiful flowers. She loved watching the Turner Classic Movie channel and horror movies, her two favorites being 30 Days of Night and Predator. Most of all, she loved her grandchildren.

Mercedes was born on February 26, 1942 in Mayagüez, Puerto Rico to José Ribot and Aurea Martinez, the eldest of eight children. She joined her mother and father in New York in 1949 at the age of 7. Mercedes dropped out of school in 9th grade to help take care of her younger siblings, later getting her GED from Warren Harding High School in 1974. She attended classes at Housatonic Community College and University of Connecticut for Social Organization and Human Behavior.

In 1960, Mercedes married Cecilio Ortiz and had three children: Barbara, Daniel, and Nancy. In 1978, she and three other women were sworn in as Bridgeport Police Officers after a settlement of a Federal Court sex discrimination suit. She was the first female Puerto Rican to be hired as a Bridgeport Police Officer, later working in the Detectives Division.

Mercedes retired after 14 years of service, leaving the force as a Police Sergeant. Her determination to help people led her to become a Victims Advocate for the Norwalk/Stamford judicial district. Mercedes was also a member of the State Commission on Human Rights and Opportunities, the Spanish Coalition of Bridgeport, and Bridgeport’s Commission on the Status of Women. She was active in politics, making history as the first Hispanic female nominated for State Legislature in 1966.

Survivors include her mother Aurea Ribot of Bridgeport; Aunt Monserrate Falcon of Bridgeport; the father of her children Cecilio Ortiz and his wife Ellie of Aguas Buenas, Puerto Rico; Sisters Janet Ortiz and her husband Eddie and Debbie Delgado and her husband Richard, both of Bridgeport; Brothers Alfredo Ribot and his wife Maria of Jefferson, Massachusetts, John Ribot of Bridgeport, and Joey Ribot and his wife Donna of Orlando, Florida; Daughters Barbara Taylor and Nancy Ortiz-Hinds both of Stratford; Son Daniel Ortiz and wife Christine of Cape Coral, Florida; Former daughter-in-law Elizabeth Leonetti of Bethlehem and former son-in-law William Hinds of Bristol; her beloved grandchildren Brendan Taylor of Stratford, Ethan Ortiz of Seymour, Evan Ortiz of Bethlehem, Sydney Ortiz and her fiancé Ryan Dopkant of Boston, Massachusetts, and Dillon and Yvonne Hinds and her fiancé Nicholas Dahr of Stratford; her caregiver and niece Joyce Patria, and many nieces and nephews. She is predeceased by her father José Ribot of Hartford; Sisters Marian Patria and Nancy Vazquez, both of Bridgeport; and her dogs Goldie Locks and Butler Bubba.

Friends are welcome to celebrate Mercedes’ life on Wednesday, January 25, 2023 from 4:00 to 7:00 p.m. at Abriola Parkview Funeral Home at 419 White Plains Road in Trumbull. Funeral services will take place at 6:00 p.m. Interment will be held privately.

Contributions can be made to St. Jude Children’s Research Hospital at 501 St. Jude Place, Memphis, TN 38105 or online https://www.stjude.org/donate.

Share Your Memory of
Mercedes
Upload Your Memory View All Memories
Be the first to upload a memory!
Share A Memory