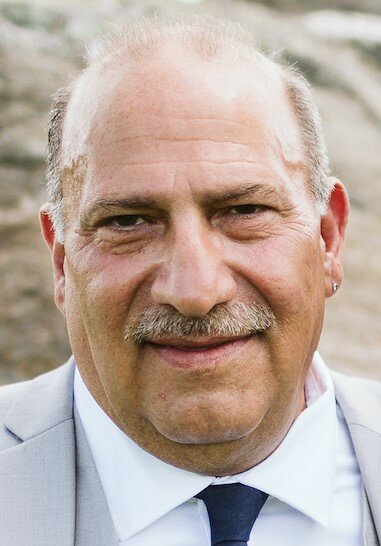 Vincent A. Costello, age 68, of Haddam and formerly of Trumbull, beloved husband of the late Rosanne Ragusa Costello, passed away on Friday, January 13, 2023 in his home. Born in New York, NY on February 25, 1954, he was the son of the late Anthony Vincent and Lucy Maiorino Costello. Vincent was the co-owner and operator of Costello Realty with his father in the Bronx, NY for over thirty years.

Vincent was born and raised in the Bronx, NY. He and his father, Tony, ran a successful business, Costello Realty, for over thirty years in Pelham Bay. Vincent was also a graduate of the Connecticut Culinary Institute. Vincent was a phenomenal chef, known for his marinara sauce, oversized meatballs, chicken cutlets, and his famous cheesecakes. He was also a gardener, hunter and fisherman, having kept his speedboat on the Long Island Sound. He was a lover of disco music, poker, the casino, Frank Sinatra, Abbott & Costello, and old movies. Vincent took beautiful care of his beloved wife, Rosanne, for eight years while she was suffering from prion disease. He was a loving man, full of hope, optimism and the ability to bring a smile to others with his jokes, singing and dancing. He was a generous, lively, and devoted husband, father, grandfather, brother and uncle. He will be sorely missed by his family and friends.

Survivors include his two loving children, Victoria Ellis and her husband Matthew and Anthony Costello, his cherished and adored grandson, Ethan Ellis, two sisters, Rosemarie D’Attore and her husband John and Angela Orrico and her husband Donald, as well as several nieces and nephews.

A Mass of Catholic Burial will be celebrated on Saturday, January 21, 2023 at 11:00 a.m. in St. Theresa Church, 5301 Main St., Trumbull. Interment will be private at the convenience of the family. Relatives and friends may greet the family on Friday from 4 - 7 p.m. in the Abriola Parkview Funeral Home, 419 White Plains Road, Trumbull.

Share Your Memory of
Vincent
Upload Your Memory View All Memories
Be the first to upload a memory!
Share A Memory