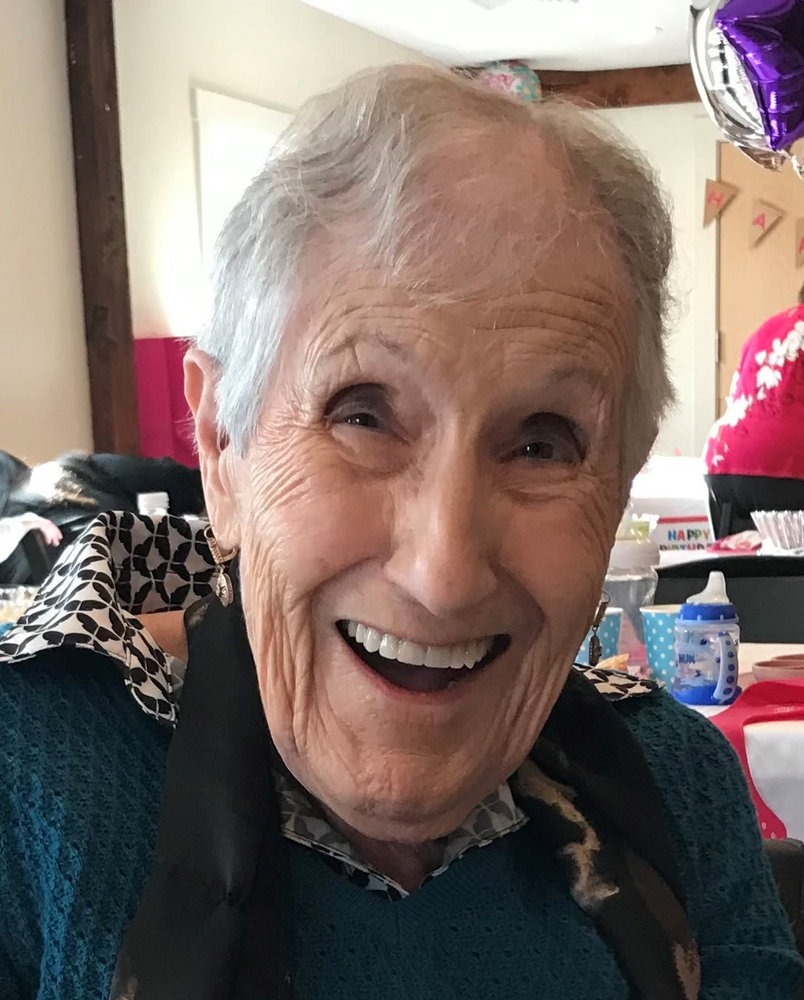 Carmen Viadero age 100, of Bridgeport, CT died after a brief illness on Saturday November 19, 2022 at the River Glenn Health Care Center in Southbury, CT. She was born in the Lower East Side of Manhattan, NY on November 11, 1922 the daughter of Luciano Lavin and Victoria Rodriguez Lavin. She moved to Bridgeport as a young girl and resided in the West End and attended Elias Howe, Maplewood, and Bassick High School. She was a survivor of the Great Depression and worked at Bryant Electric during WWII.

She married Joseph Viadero in 1952 and devoted the rest of her life to her family and the education of the hundreds of students during her teaching career. While a member of the PTO at Madison School she founded the school’s first library. She subsequently was hired as a paraprofessional at the Roosevelt School teaching English as a second language. Upon retirement she worked at the Holy Trinity Greek Orthodox preschool until its closure. She continued to teach at the Daughters of Charity Preschool until March 2020. She was a parishioner at St. Margaret’s Shrine and an officer and active member of the altar guild.

She was predeceased by her husband Joseph of 54 years in 2006 and a sister Victoria Arias. Survivors include two sons Dr. Joseph Viadero and his wife Anna of Montague, MA, James Viadero and his wife Kimberly of Newtown, two grandsons Jason and Dominic and his wife Sarah, four great grandchildren Wyatt, Elliott, Sophia, and Jackson, a sister Rose Harold, four nieces Nancy D’Antonio, Linda DiPalma, Jean Canuel, and Gail Scinto and her loving neighbors Ed, Margaret, Ariel, Gabe and Adrianne Hincapie.

The family would like to extend a heartfelt thank you to the staff at River Glenn for their compassion and professional care given to Carmen.

A Mass of Christian Burial will be celebrated on Friday, November 25, 2022 at 1:00 p.m. directly in St. Margaret’s Shrine, 2523 Park Ave., Bridgeport. Interment will follow in Mountain Grove Cemetery, Bridgeport. At Carmen’s request, there will be no calling hours. Arrangements are under the direction of Abriola Parkview Funeral Home.

In lieu of flowers donations can be made in Carmen’s honor to Daughters of Charity, 1490 North Avenue, Bridgeport, CT 06604 or TRIAD c/o Sherriffs Department of Franklin County, 160 Elm St, Greenfield, MA 01301.

Share Your Memory of
Carmen
Upload Your Memory View All Memories
Be the first to upload a memory!
Share A Memory