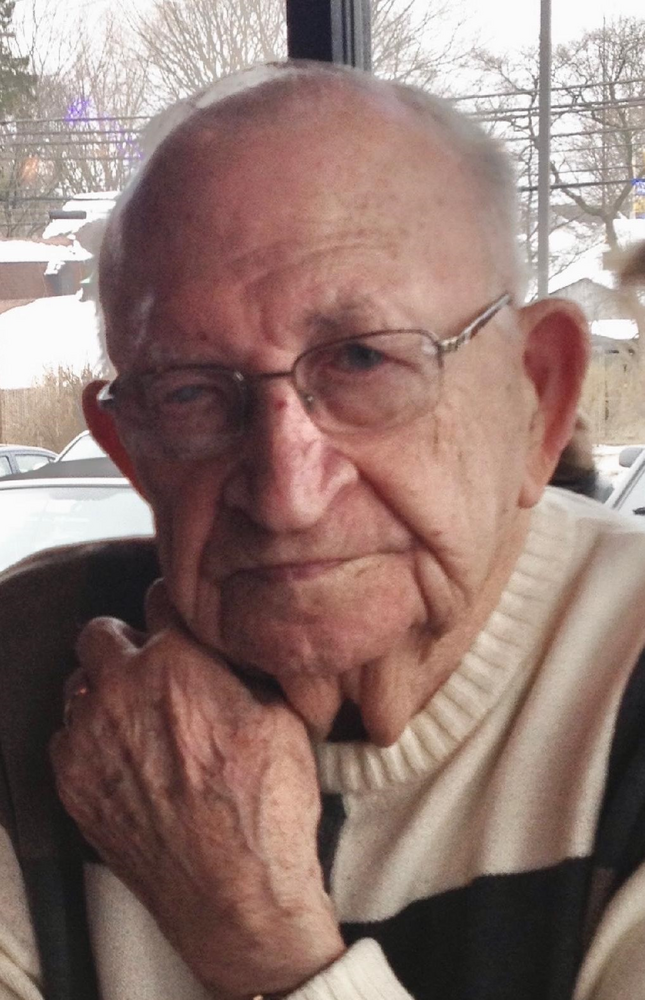 Chester S. Mrozek, age 96, of Trumbull, beloved husband of the late Esther Hammill Mrozek, passed away peacefully on Friday, January 28, 2022 in the comfort of his home surrounded by his loving family. Born in Bridgeport on February 2, 1925, he was the son of the late Andrew and Caroline Mrozek. Chester was a proud U.S. Army Veteran, serving his country during WW II earning a Purple Heart and a Bronze Star for his duties in the Battle of Monte Cassino in Italy.

A graduate of Bullard Havens Technical School, he was a typesetter for Lettick Typographic and retired from the USPS. During his younger years, he excelled at basketball, playing for Bullard Havens and the Orcutt Boys Club and loved to bowl. He was a die-hard Boston Red Sox fan as well as a UCONN basketball fan and loved to watch the games with his children and grandchildren. After retiring, Chester moved from his long-time home in Fairfield to Cape Cod with his wife prior to returning to Trumbull.

He was a dedicated husband, father and grandfather who treasured time with his family. The unconditional love he gave and the family values he taught will forever live in their hearts.

The family would like to thank the team from the US Veterans Home Base Primary Care program for their wonderful care of their Dad as well as the aids from HomeInstead especially Herline for her exceptional care.

A Mass of Christian Burial will be celebrated on Monday, January 31, 2022 at 11:00 a.m. directly in Christ the King Church, 4700 Madison Ave., Trumbull. Interment will be private. Arrangements entrusted to the Abriola Parkview Funeral Home, 419 White Plains Rd., Trumbull. Masks and social distance are expected. In lieu of flowers, memorial contributions may be made to the Wounded Rangers c/o SUA Sponte Foundation, P.O. Box 60281, Savannah, GA 31420.

Share Your Memory of
Chester
Upload Your Memory View All Memories
Be the first to upload a memory!
Share A Memory