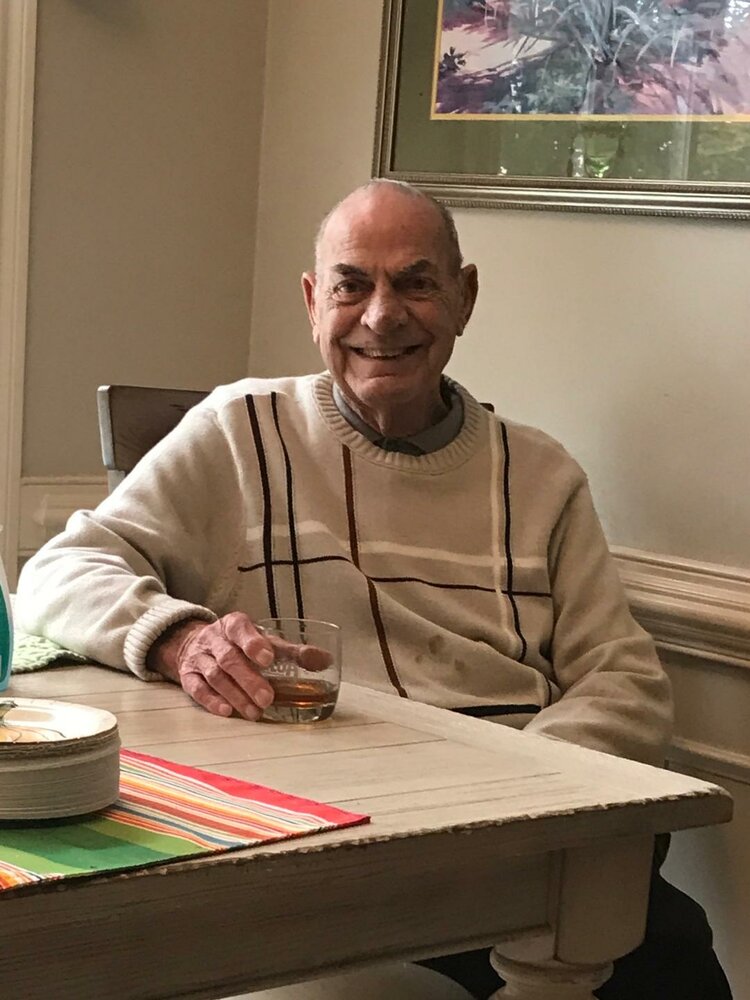 Philip J. DaRold, 92, of Trumbull passed away January 9, 2022. He was the beloved husband of the late Eileen O'Brien DaRold. Philip was born in Bronx, New York on January 29, 1929. He was the son of Joseph and Elvira Lise DaRold. Philip was a Veteran of the United States Army, having served two tours during the Korean War. He later went on to work for various major steamship companies in New York City as a Vice President until his retirement. Phil loved the Jersey Shore, where he took his family for many incredible vacations. He loved crabbing, surf fishing and relaxing with the sound of the surf. Phil was the life of the party and enjoyed hosting many parties in his home. He also enjoyed playing golf, horse racing, baseball, building his backyard garden and sitting in solitude enjoying a fine whiskey. Above all, Phil loved being with his family. His radiant smile endeared him to all.

He is survived by his two daughters Jean DaRold, and Theresa DaRold and her husband Greg; two sons Joseph DaRold and his wife Joan, and Richard DaRold; his grandchildren Christina, Jessica, Phil, Michael and his wife Kasey, Meagan and her husband John, and James; his great-grandson Max; and his dear brother James DaRold. In addition to his wife, he was predeceased by his sister Betty.

Funeral services will be held at a later date in New Jersey. Burial will take place in St. Gertrude Cemetery, Colonia, New Jersey.

In lieu of flowers, gifts in Philip's memory may be made to St. Jude's Children's Hospital at 501 St. Jude Place, Memphis, TN, 38105 or by visiting www.stjude.org.

Share Your Memory of
Philip
Upload Your Memory View All Memories
Be the first to upload a memory!
Share A Memory