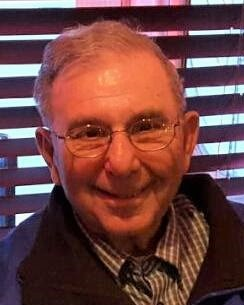 All Services were postponed

Due to COVID and Will be rescheduled at a later date

Charles J. Panullo, age 90, beloved husband of Rose Cavaliere Panullo, of Bridgeport, passed away on Saturday, December 18, 2021. Born in Brooklyn, NY, he was a son of the late Joseph C. Sr. and Susie Carbone Panullo and was proud to be a U. S. Marine Corps Veteran. Charlie was raised in Bridgeport and graduated from Central High School. He worked for 48 years at Casco Products as a traffic manager before retiring in 1995.

He was the first boy of the year at the North End Center of the Bridgeport Boys Club. Charlie was a star shortstop at Central High School. He was drafted by the Brooklyn Dodgers farm team but chose not to go to stay with the love of his life, Rose.

Charlie was a man that was well liked and respected. His family always came first but he was also involved in many activities. He took great pride in everything he did. He was a dedicated parishioner of St. Andrew Church and he took great pride in being the school's crossing guard. He was an ASA Umpire for many years as well as a basketball referee. He received many awards throughout the years as a member of the Greater Bridgeport Old Timers Athletic Association where he served as president from 1997-1998. He received the Lou Bogash Jr., Past President's Award in 2000, George Popp Man of the Year Award in 2002 and the Lifetime Achievement Award in 2018. He was also a proud member of the Knights of Columbus, St. Frances Mother Cabrini Council, the Marine Corps League, the Bridgeport Traffic Association and the Trinacria M.A. Society.

In addition to his parents, he was predeceased by his brother, Joseph Panullo Jr.

The family would like to extend a special thanks to Dr. Imran Siddiqui, Dr. Paul Berard, Samantha Marron, and Debbie DeLorenzo for all their kindness, compassion and friendship, as well as everyone on the 3rd floor at the Susan B. Komen Cancer Center at St. Vincent's Medical Center and Hartford Healthcare at Home, Lola, and all his special "angels", Mimi, Bea, Michelle, Sarah and all the other caregivers that assisted at this time.

In lieu of flowers, donations can be made in Charlie's name to Homes for the Brave, 655 Park Ave., Bridgeport, CT 06604.

Share Your Memory of
Charles
Upload Your Memory View All Memories
Be the first to upload a memory!
Share A Memory