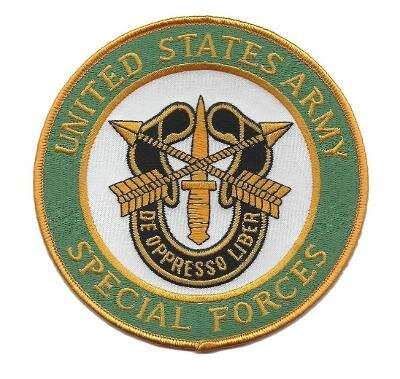 Gifts in Tom's memory may be made to: The Tunnels to Towers Foundation which can be reached at 718-987-1931 to arrange an In Memoriam gift

Thomas Scott Murray, 57, formerly of Shelton passed away October 31, 2021. He was the husband of Ellen Longo Murray.

Tom was born in Bridgeport November 28, 1963, the son of John and Judith Sepelak. In his youth, Tom was a Mitchell Award recipient, a prestigious merit that is earned by very few members of The Civil Air Patrol. He was a Combat Veteran of the United States Army, having served with the 82nd Airborne Division and later had multiple deployments as a Green Beret with Special Forces. Tom also served 13 years in the US Army Reserve being reactivated during Desert Storm. Tom served his community as a Professional Firefighter for the Stratford Fire Department, holding numerous leadership roles in Union, Local 998. Tom was a decorated Firefighter serving the department for 25 years, eventually retiring as Assistant Chief.

Tom enjoyed a multitude of activities. Gunsmithing was his true passion, Tom devoted much time and energy into furthering his study and practice of his craft. He served as a Scout Master for Troop 3 in Derby, and was a leader with the Venturing Crew and Cub Scouts. Tom was a Master Diver, competitive shooter, a member of the Stratford Gun Collector Association as well as a past coach for the Stratford PAL Rifle Team. He was an avid reader and historian. Tom enjoyed motorcycle riding and travel, always one for an adventure he could be found hunting, camping and looking for Bigfoot.

In addition to his wife Ellen, Tom is survived by his mother Judith Sepelak, his children Tricia Murray, John Murray, Douglas Howley, Elizabeth Davis and her husband Douglas and his beloved granddaughter Maryelle Davis who had the ability to light Tom's face up with her mere presence; his brother Todd Leveen and his wife Karen; and his nephews Timothy and Jack Leveen.

Tom's family will receive relatives and friends at The Abriola Parkview Funeral Home, 419 White Plains Rd., Trumbull, Friday November 5, from 3:00 pm till 6:00 pm, when a memorial service with Military Honors will be held in the funeral home at 6:00 pm. In lieu of flowers, gifts in Tom's memory may be made to the Tunnels to Towers Foundation, which can be reached at 718-987-1931 to arrange an In Memoriam gift.

Share Your Memory of
Thomas
Upload Your Memory View All Memories
Be the first to upload a memory!
Share A Memory