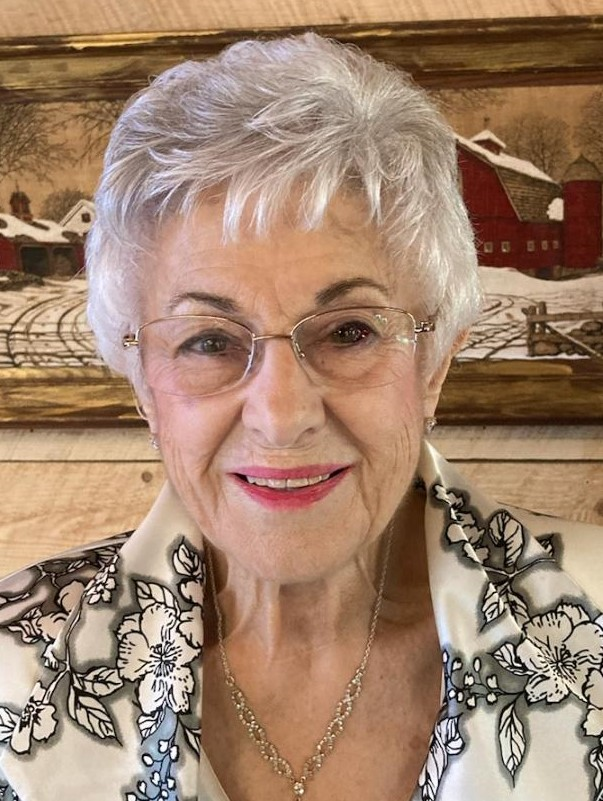 Louise Manente Trapasso, age 93, of Stratford, beloved wife of the late Louis W. Trapasso, passed away on Monday, October 18, 2021 in the comfort of her home. Born in Bridgeport on April 20, 1928, she was the daughter of the late Arthur and Sophia Bevelaqua Manente. Louise grew up in Bridgeport and was a resident of Stratford for the last 43 years.

After her retirement, Louise and her husband would live in Oronoque Village, Stratford, where she would participate in many activities within the village. She was also a narrator for the Discovery Museum in Bridgeport for many years.

But above all she was a dedicated and loving wife, mother and grandmother who cared deeply for her family. Louise will be truly missed by all who knew and loved her.

Survivors include her two loving sons, Keith Trapasso and his wife, Diane, and David Trapasso, two cherished grandchildren, David Trapasso, Jr. and Danielle Trapasso, as well as several nieces and nephews. She was predeceased by her brother Michael Manente Sr.

Funeral services will take place on Wednesday, October 20, 2021 at 12:00 p.m. in the Abriola Parkview Funeral Home, 419 White Plains Road, Trumbull. Interment will follow in St. Michael's Cemetery, Stratford. Relatives and friends may greet the family on Wednesday morning from 10:30 a.m. – 12:00 p.m. in the funeral home. Masks are recommended as all visitor's social distance as they walk through, pay their respects, and exit without lingering to ensure all guests can come through the building.

In lieu of flowers, memorial contributions may be made to St. Mark Church, 500 Wigwam Lane, Stratford, CT 06614 or to a charity of one's choice.

Share Your Memory of
Louise
Upload Your Memory View All Memories
Be the first to upload a memory!