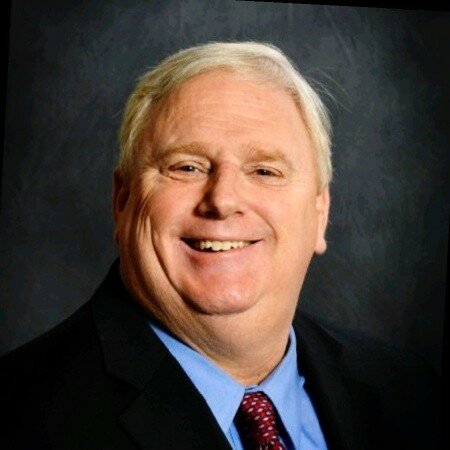 Mark D. Ramsey, age 62, of Trumbull, passed away peacefully on Friday, October 1, 2021 at Yale New Haven Hospital surrounded by his loving family. He was the beloved husband of Mary (Foley) Ramsey. Born in Biloxi, Mississippi, and raised in Newport, Arkansas, he graduated from Newport High School, after which he served in both the United States Army and Coast Guard. Mark earned his Bachelor's of Science degree in mathematics and computer science from Eastern Connecticut State University. Most recently, Mark had been employed by Assa Abloy in New Haven as a Chief Information Security Officer. He taught at the Bridgeport Engineering Institute prior to becoming an adjunct professor at Fairfield University, where he played an integral role in the development of the cybersecurity program. He also served as the chairman of the software engineering department there for several years. Mark was the past president of the Tashua School Fathers Club and currently was serving as the president on the executive board of directors for Connecticut Infragard. Additionally, he served as a consultant to the Federal Bureau of Investigation.

Mark was a true family man in every sense of the word and he was always willing to help others in any way he could. He enjoyed many outdoor activities including camping, engaging in hands-on projects and was a sports enthusiast, especially football, basketball, baseball and golf. He also loved traveling with his family. He was a loving and devoted son, husband, father, brother, uncle and friend of many. He will be dearly missed by all those who knew and loved him.

Funeral services will be held on Saturday, October 9, 2021 at the Abriola Parkview Funeral Home, 419 White Plains Rd., Trumbull. Friends may greet the family on Saturday from 12:00 to 4:00 p.m. with the memorial service starting at 3:00 p.m. Interment will be private. In lieu of flowers, memorial contributions may be made to the Wounded Warrior Project, P.O. Box 758516, Topeka, KS 66675.

Share Your Memory of
Mark
Upload Your Memory View All Memories
Be the first to upload a memory!
Share A Memory