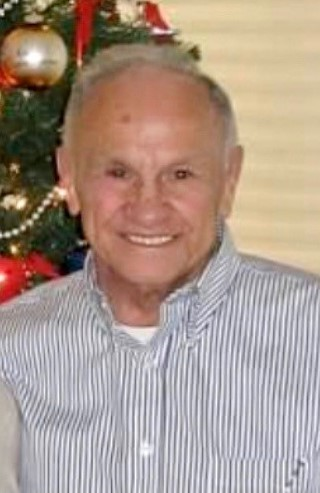 Obituary of Ralph A. Russo

Ralph A. Russo of Shelton passed away peacefully on Friday, October 2, 2020, with his beloved wife and soulmate Evelyn Psichopaidas Russo by his side.  Ralph was born on October 30, 1924, in Stamford to the late Josephine (Caporizzo) and Anthony Russo.  At the age of 18, he became a member of the greatest generation when he volunteered for the war and, as a seaman on the USS Boston, served in the Pacific theater from 1943-1945 in memorable battles including Iwo Jima, the Marshall Island Campaign, and the attack on Okinawa Island; Ralph served with distinction and was awarded 11 battle stars.  After the war Ralph returned to Stamford where he became an electrician and was a lifelong member of the International Brotherhood of Electrical Workers.  He and Evelyn married on April 27, 1969, and spent the next 51 years creating a life together full of love and laughter that will live on through their children and grandchildren who were the greatest joys of his life.

Ralph was predeceased by his sister Marie Wuchiski and her husband Walter, his brother Anthony Russo and his wife Phyllis, and his beloved nephew David Russo.

Due to the concerns about social gatherings affecting us all at this time, all funeral services will be private. Arrangements have been entrusted to the Abriola Parkview Funeral Home 419 White Plains Rd., Trumbull.

The family would like to thank the kind nurses and doctors from Connecticut Hospice in Branford, Connecticut, for keeping Ralph comfortable during his last days and for providing them with the support and guidance when they needed it most.

Share Your Memory of
Ralph
Upload Your Memory View All Memories
Be the first to upload a memory!