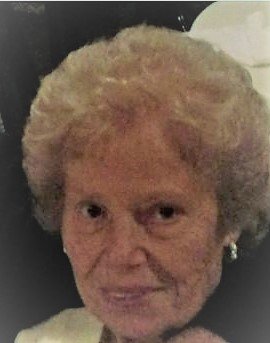 Obituary of Mary A. L'Altrella

Mary Vitulano L'Altrella, age 95, of Bridgeport, beloved wife of the late Gino (Luigi) L'Altrella, Sr., passed away peacefully on Tuesday, April 9, 2019 surrounded by her loving family. Born in San Severo, Foggia, Italy, on January 26, 1924 she was a daughter of the late Carmine and Philomena Paglia Vitulano.

A woman of true faith, she was devoted to St. Padre Pio and the Blessed Mother. Mary enjoyed dancing and always gave of herself to help anyone in need; always putting others needs before her own. She was a loving, warm and caring person, who welcomed everyone with open arms. But above all she will be fondly remembered as the rock of her family. Nonni loved to have her family together; on Sundays we all would gather in her kitchen for a traditional Italian Sunday dinner. A dedicated wife, mother, grandmother and great grandmother, the unconditional love she gave and the values she instilled will always live in the hearts of all who knew and loved her.

The family would like to thank the staff and nurses of Cambridge Health and Rehabilitation Center in Fairfield for the great care given to our mother.

Funeral services will take place on Saturday, April 13, 2019 at 10:00 a.m. DIRECTLY in St. Margaret's Shrine, 2523 Park Ave., Bridgeport for a Mass of Christian Burial. Entombment will follow in St. Michael's Cemetery Garden Mausoleum, Stratford. There will be no calling hours. Arrangements entrusted to the Abriola Parkview Funeral Home, 419 White Plains Road, Trumbull. In lieu of flowers memorial contributions may be made to The Kennedy Center, 39 Lindeman Drive, Trumbull, CT 06611, in Nino L'Altrella's name.

Share Your Memory of
Mary
Upload Your Memory View All Memories
Be the first to upload a memory!