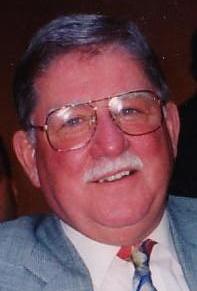 C. Richard Grassia (Dick Grass), age 67, of Bridgeport, President of GMS Management, died Tuesday, September 20, 2005 with his family by his side in Bridgeport Hospital. A lifelong resident of Bridgeport, Dick was born on June 17, 1938, to the late Alphonse Grassia and Dolores Spano-Grassia.

Survivors include his beloved wife of 26 years, Paulette LaBrecque-Grassia, his mother-in-law, Vivian LaBrecque, his son, Richard P. Grassia of Bridgeport, two daughters, Denise Frezza and her husband, Franco of Middletown and Marlane Bochino of Naugatuck, two brothers, Alan Grassia and his wife, Kathy of Stratford and Robert Mecozzi and his wife, Marion of West Redding, as well as several nieces and nephews.

Dick, a graduate of Bullard Havens Technical School, achieved numerous accomplishments. His love of baseball began with Little League and continued when as a young man he was offered to play for the NY Yankees, Boston Red Sox and Cleveland Indians. He decided instead to pursue a career in entertainment. In the 50s, as a drummer, he formed the group The Rhythm Aces which later became the hit band Dick Grass and the Hoppers whose music reached the charts with two Billboard hits. After serving two years in the U. S. Army where he played baseball for the All Honors Team, traveling throughout the world, he managed The Dick Grass Lounge. He moved on to being a partner in Complex Four Entertainment and then started GMS Management in 1980. For 36 years, he has worked with his loyal partner and dear friend, Dan Scarpone. Together, they booked such top names as Al Martino, Vic Damone, Jerry Vale, The Gaylords, comedians Pat Cooper and Frank Gorshin and popular acts like The Platters, Johnny Maestro and The Brooklyn Bridge, Little Anthony and the Imperials. On a local scene, Dick managed the popular Italian duo, ILiguri featuring his loving friends, Lino and Pino, and the doo-wop group Yesteryear. He took great pride in producing quality fund-raising events for his parish, St. Catherine of Siena Church, St. Josephs High School, Holy Rosary Church, St. Anthony High School in Huntington, Long Island and the School Sisters of Notre Dame. As an active member, Dick helped to raise funds for the Westport Sons of Italy, The Council of Italian-American Societies and the Roma Club. He was also a member of the Knights of Columbus and vice-president of the Oldtimers Athletic Association when in 2003, he received their Outstanding Sportsman Award. Dick was also an avid tennis player and member of the Baseliners USTA Tennis Team where he won numerous tournaments. He was also invited to play in the Connecticut Senior Olympics and always loved to play with his family during their annual vacations in Puerto Rico. He will be deeply missed by his loving family, countless friends and many non-profit organizations he helped throughout his life.

Funeral services will take place on Saturday, September 24, 2005 at 8:00 a.m. from the Abriola Parkview Funeral Home, 419 White Plains Road, Trumbull, and at 9:00 a.m. in St. Catherine of Siena Church, Trumbull for a Mass of Christian Burial. Interment will follow in Gate of Heaven Cemetery, Trumbull. Friends may call on Friday from 4-8 p.m.

In lieu of flowers, memorial contributions may be made to Swim Across the Sound, c/o St. Vincent Medical Center, 2800 Main St., Bridgeport, CT 06606 or to the McClinch Family Center of St. Catherine of Siena Church, 200 Shelton Rd., Trumbull, CT 06611.

Share Your Memory of
C.
Upload Your Memory View All Memories
Be the first to upload a memory!
Share A Memory