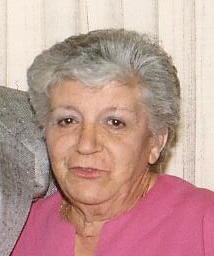 Julia Latanzi Ginnetti, age 85, of Shelton, died on Saturday, September 3, 2005 in St. Vincent Medical Center. Born in Ridgefield on February 12, 1920, she was a daughter of the late Julius and Eliza Vagnini Latanzi. Mrs. Ginnetti was a retired inspector for the A.G.I. Rubber Co. and along with her family owned and operated Ginnettis Clam Box. She enjoyed cooking and spending time with her family.

Funeral services will take place on Wednesday, September 7, 2005 at 10:30 a.m. from the Abriola Parkview Funeral Home, 419 White Plains Road, Trumbull, and at 11:30 a.m. in St. Lawrence Church, Huntington for a Mass of Christian Burial. Interment will follow in Mountain Grove Cemetery of Easton. Friends may call on Tuesday from 4-8 p.m.

Share Your Memory of
Julia
Upload Your Memory View All Memories
Be the first to upload a memory!
Share A Memory