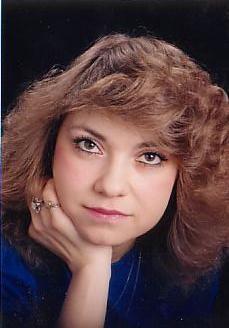 Anna Marie Damato Bovienzo, age 49, of Beacon Falls, a former sales associate for Mens Shop of Southbury, died on Monday, September 5, 2005 in St. Marys Hospital, Waterbury. Born in Bridgeport on December 14, 1955, she was the daughter of Martha DeGruttola Damato of Bridgeport and the late Anthony Damato. A resident of Beacon Falls for 11 years, Ann Marie will be remembered as a kind and generous person.

Funeral services will take place on Friday, September 9, 2005 at 8:00 a.m. from the Abriola Parkview Funeral Home, 419 White Plains Rd., Trumbull and at 9:00 a.m. at St. Margaret's Shrine, Bridgeport for a Mass of Christian Burial. Interment will follow in St. Michael Cemetery, Stratford. Friends may call on Thursday from 4-8 p.m.

Share Your Memory of
Anna
Upload Your Memory View All Memories
Be the first to upload a memory!
Share A Memory