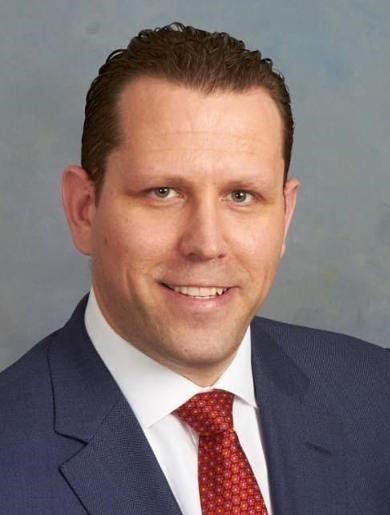 Ferenc “Frank” Forintos, age 43, of Fairfield died suddenly on Sunday, June 6, 2021.  He was the beloved husband of Maryellen A. Quinlan.  Born in Pécs, Hungary on October 14, 1977, he was a son of the late Ferenc Forintos and Erzsébet Vas.  After earning his bachelor’s degree from Széchenyi István University in his native Hungary, Frank immigrated to the United States.  He worked his way up in the financial services industry in New York City.  Most recently he was employed as a Director for UBS.  He also completed tenures at HSBC and Goldman Sachs.  A proud naturalized American citizen, Frank relished his professional life in the nation’s premier city.  He sampled the legendary culinary scene, and had a keen sense of style.  He wore a suit well to say the least.  To be sure, he found balance in Connecticut, where he realized his dream of homeownership.

Outside of the office he was an avid outdoorsman.  He was a regular at Lake Mohegan, and traveled further afield as well.  He fished off the coast of Nantucket and hiked in Denali National Park.  Indeed he treasured vacations, which often included extended family.  His travels ranged from wilderness excursions to strolls in Paris.  He returned to Hungary every year to visit family and friends.

At home Frank practiced, with precision, carpentry, gardening, and most of all cooking.  He was an active member of the Hungarian-American community, and never forgot his mother tongue.  Wherever he went, he had a knack for meeting a fellow Magyar.

Frank was a loving and devoted husband, father, brother, uncle, and friend of many.  He will be deeply missed by all who knew and loved him.

In addition to his beloved wife Maryellen of nearly nine years, other survivors include his cherished children, Raymond Ferenc and Elizabeth Mary Forintos, his twin brother, Tamás Forintos of Hungary, his brother, Zoltán Forintos and his wife Andrea Kovács of Switzerland, his father and mother-in-law, Raymond and Linda Quinlan of Fairfield, his brother-in-law, Daniel Quinlan of Fairfield, and sister-in-law, Kathleen Quinlan of New York, his niece, Kinga Forintos of Hungary, as well as dear friends too numerous to mention.