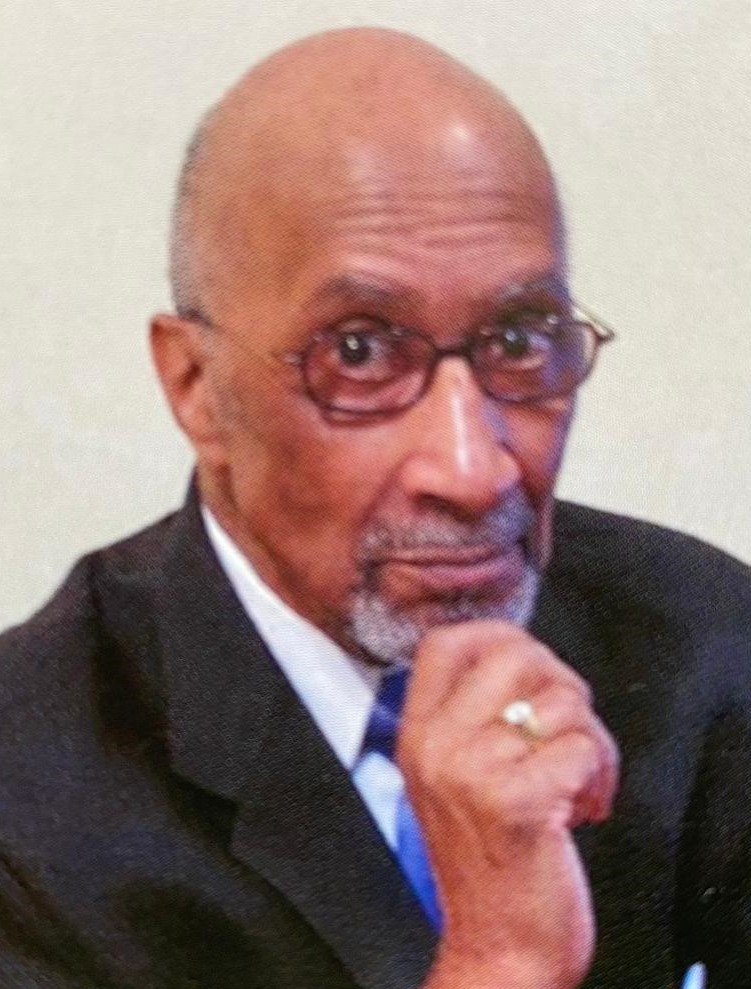 Edward Joy Holliday (EJ), age 91, of Trumbull passed away peacefully on Wednesday, May 26, 2021 at St. Vincent’s Medical Center, Bridgeport surrounded by his loving family. He was the beloved husband of Evelyn (Scott) Holliday. Born in Florence, South Carolina on April 26, 1930 he was a son of the late Edward and Augustine (Joy) Holliday. He was a long time resident of New York City (Harlem) and enjoyed the atmosphere and energy of the city with his wife since their teens.  A proud U.S. Air Force Veteran, he had served honorably during the Korean War. Mr. Holliday had been employed by the Port Authority of New York / New Jersey as a police officer for many years before his retirement in 1978. While serving on the force, he was given the affectionate nickname “Doc Holliday” which he still known as today.  EJ enjoyed playing golf and basketball when he was younger. He was a gifted abstract artist and had earned a scholarship to college because of those talents. His faith was extremely important and guiding him to become an ordained minister and he was also proud of being a 33rd degree Mason. EJ enjoyed a peanut butter fold over sandwich every day and also appreciated being very savvy with all the current technological devices he used. His greatest enjoyment however was found in the time he spent surrounded by his family, especially his grandchildren whom he absolutely adored. He was a loving and devoted husband, father, grandfather, great grandfather, brother and friend of many. He will be deeply missed by all who knew and loved him.

In addition to his beloved wife Evelyn of 70 years, other survivors include his loving daughters, Robin Reed and her husband Alan of Newburgh, NY and Brook Alston and her husband Glenn of Trumbull, his cherished grandchildren, Jillian Crawford and her husband Joe of Middletown, NY, Erica Reed of Newburgh, NY, Andre Regina of Middletown, NY and Chance Alston of Trumbull, his adored great grandchildren, Joseph Crawford III and Jonah Edward Crawford. He was predeceased by a daughter, Dawn Regina, his grandson, Adam Holliday Reed and his sisters, Millie Jackson and Sadie Holliday.

A walk-through visitation will be held on Friday, June 4, 2021 from 12:00 to 1:00 p.m. in the Abriola Parkview Funeral Home, 419 White Plains Rd., Trumbull. Guests will be required to wear a mask and socially distance as they enter the building, pay their respects and then exit in order to allow others the same opportunity. A memorial service will be held at 1:00 p.m. in the funeral home. Seating is limited. Interment will be held privately for the immediate family. For online condolences, please visit us at www.abriola.com.